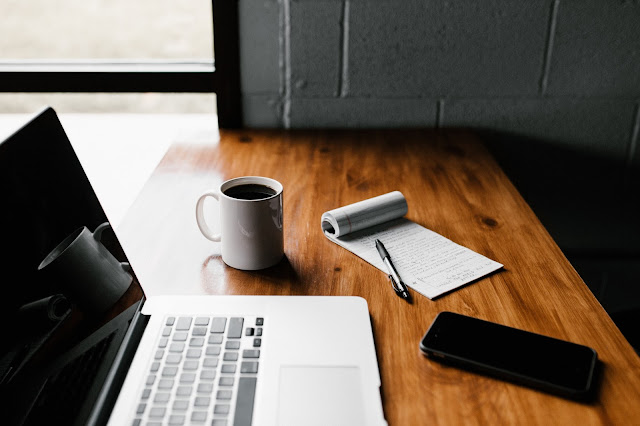 I don't have anything, in particular, to blog about for now, so why not blog about not having anything to blog instead?

Kidding aside, yes, I'm going to write about this blog's depressive state. I will tell you about why I find it hard to blog these days, and pretty much everything in between.

To start off, I am a full-time student in Law School. We are required to read and internalize more than a hundred pages worth of text every day. My only breaks were to surf the internet for a few minutes and watch Korean Drama for an hour (and there are also other obvious breaks that you can think of such as eating and sleeping, but let's not dwell into that).

But I'm not going to lie though. I do have time to blog, but these days, I feel uninspired. There are times when I'm more drawn to scrolling through my Facebook newsfeed and Twitter timeline, as well as watching Korean Drama since I really couldn't think of anything to write.

If I could think of something, I would then think about how long it would take for me to write that blog post, which would make me feel lazy and that I would start to think of some excuses for myself until I would regret that I wasn't able to blog for the target day.

Then the cycle goes on.

There are also times when I do have something to write, but it would be better to keep it to myself since it may include cringe-worthy thoughts that I might later regret sharing to the public. I don't even know if this post would make me cringe after a few years. I can't even count how many times I've read my old blog posts and thought that maybe I'm better off keeping silent and shutting down my blog, but anyway, let's not dwell into that for now.

Well, despite everything, I still love blogging. I am still willing to continue this venture no matter how unprofitable it may be because writing down my own thoughts is what I enjoy doing, but I always feel like I don't have the inspiration and the time to do it these days. I have a lot of jealous mistresses around which hinder me from blogging, and it sucks that I end up succumbing to their demands completely without making an effort to manage my time better.

I know for a fact that I have classmates who are working, travelling, partying, chilling, and other such shenanigans, and yet, they still are able to cope up with Law School's demands, so there's supposed to be no reason for me not to be like them, but yes, here I am, ranting about how I don't have much time for this. I feel terrible, but at least now, I'm trying to motivate myself to blog at least once a month. Maybe that's a good start.

Yes, I planned to write a blog post at least once a month to cure this blog's unwarranted dullness. I'm not sure if I can achieve this, but at least I'm trying. It's better than just neglecting my blog outright. I don't want my efforts gone to waste in putting this up from the dead.

Why did I say "from the dead"? Was this blog ever dead, you ask?

Well, there was indeed a time when I didn't check my blog at all for a year or so. It was like I neglected my blog for a while before I decided to give it a decent branding. I can tell that my blog had lost a big number of readers because of my lack of updates, but then again, maybe my blog's irrelevance was a big factor for the loss since blogging these days became different in a way that engaging content matters more, and most of my blog posts weren't like that.

Come to think of it, you could say that my blog wasn't dead, but instead, it was in a critical state. Whatever the case, at least I made an effort to save it. I just hope I wouldn't end up killing it once again, or at least, I hope I can make it survive for as long as it could.

Anyway, these blogging blues sometimes made me doubt if blogging is really for me, considering that I've been here for almost nine (9) years and yet I can't really say that I have been successful materially since I haven't earned any substantial amount of money or gotten giveaways out of this, and that I have been on and off here (so no, I can't say that I've been here for a full almost-9 years), but then again, inspiring comments that I receive from readers and the fulfilling feeling of being able to create an impact to others in some way are some of the things that motivate me to continue blogging.

I just hope that soon enough, I could finally be consistent with blogging, even if it means dedicating at least four (4) hours a day in a very busy month to write one blog post.

It's about time that I shall beat the blogging blues. Wish me luck!