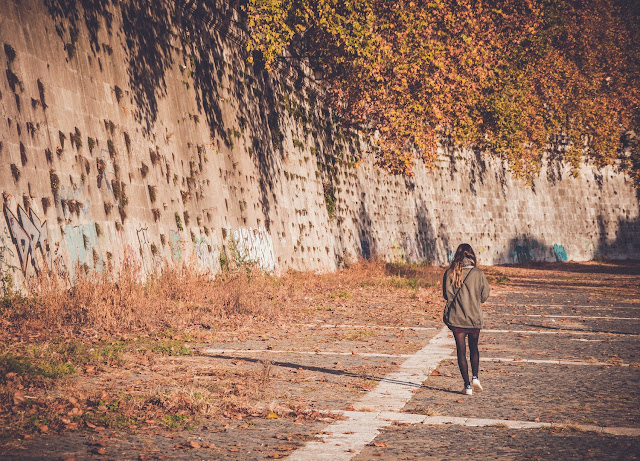 It seems so easy to become infatuated with someone, as well as falling in love. All it takes is a look in his eyes, an appreciation of his appearance and traits, and then now, you're hopelessly captured by his charm. At most times, it's with an unexpected person, which is why love always seems to be a gamble.

But sometimes, it takes more than just that. There are times when initially, you don't even have an interest with that person, but because of some external and collateral factors that lead to a potential romance, well, you could still fall into the trap.


He starts off as a stranger, a workmate, a classmate or a schoolmate you didn't know about before. You may happen to cross paths and meet, and upon getting to know each other, others would see the potential in your relationship. You and him would then be teased by these people.

It's either you won't mind and just try to ride on with it, or you would start to give it meaning, but either way, these come with some opportunities or risks, which are, to actually fall in love with each other and start to date, or one of the parties would suffer with his/her one-sided love, respectively.

Riding on with these teases seems like a fun thing to do. You act like you don't care, you laugh them off, you make fun of it with them, and you would even make a move to satisfy their expectations for both of you. But then, with all the acting, it could lead to something dangerous, which is the part where you give it meaning.

You would then ask, what if "us" could happen? What if these teases become true? You could even wonder if he actually has feelings for you as well, but at some point, you would just shrug it off and tell yourself that it won't happen.

But what if you realize that you're actually interested in him, and your feelings would then start to grow? Will you still submit yourself to this kind of pretentious show? Can you handle all the consequences that come with it?

Suppressing feelings is a hard thing to do. Of course, we can always do mind conditioning, but what if you can't do it, since you would then begin to only see all the good on the person? Moreover, even though you can also see some bad, if not discouraging traits, still you choose to blindly entertain the good ones.

You may not realize it, but suddenly, that mere infatuation you had when you began to acknowledge your interest in him becomes love already. You would then wish that these teases would become true, even though it wouldn't always be the case.

But then again, why would you suppress these feelings when you don't even know his side yet? Why would you rule out immediately the possibility of you ending up with each other?

If the confession goes well, it would be a wonderful feeling for both of you and for those who are rooting for you, but what if the opposite happens?

Well, of course, your heart would be shattered into pieces, but at least all of you can already move on from the supposed potential romance.

Yes, falling in love is easy, but falling out of love is the hard part. A broken heart indeed takes time to heal. If only we can choose to avoid romance altogether though, but with all the usual circumstances such as these teases and our being prone to the trap, that is almost an impossible thing to do.

Again, we can't even choose who we end up with, but I do hope that we'll run into someone we deserve.

There's no use in avoiding these circumstances, so why not embrace them instead and see where they'll lead to.

It may not always go well, but that's the thrill in life and in love.
By Nice Salcedo at 2:13:00 AM
Share:
Category: musings