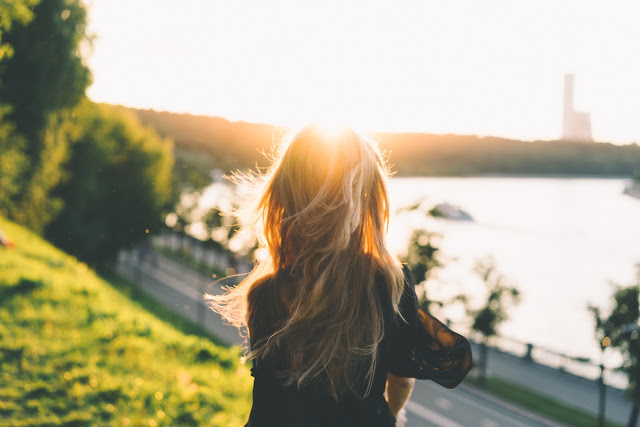 Heartbreaks, disappointments, embarrassments, and failures. We move on from different things in life, and these are just some of them. There are some of us who find it easy to move on, especially on trivial matters, but for most of us, it will be hard.

Some of what I will be writing may be based either on mere observations or personal experiences. Since I feel like writing a sentimental post due to this rainy season, I would like to do just that.

Here's to writing a melodramatic post while I take a break from studying and also for me to take the time to reflect on myself.

Moving on from something, or from someone, takes a lot of time, as well as effort. If you're lucky, it will only take days or weeks, but if you tend to care for that thing or person that much, or if you've spent many months or years with that thing or person and cherished every moment of it, it might as well take that much time for you to move on as well, depending on how good you are at distracting yourself, or depending on how much you can avoid trigger factors relating to it.

Most of the time, we equate moving on to heartbreaks on failed relationships, but then, that's not the only experience we can move on from. Hence, we can also move on from many other things, such as disappointments, embarrassments, and failures, like what I said above.

There are stages in moving on when I could question my existence and capabilities. I got to admit that there are still some academic shortcomings that I haven't really moved on from, and whenever these are brought up, I would then break down in tears once again or blame myself nonstop at the least.

In the process of moving on, we can always divert our attention to something else, such as getting busy with other stuff or engaging ourselves in efforts that will make us better in some aspects of interest that would then eventually make us forget the hurt that we feel. We should also avoid dwelling on the problem too long so that it wouldn't consume us.

But then, the very first thing that we should do in the process is to simply accept the situation. We can never move on if we're stuck with worrying about the things that we have no control anymore. Like they say, the key to moving on is acceptance. Everything else will follow after the acceptance, and you'll be amazed how it will be easier for you to move on once you accepted the reason why you're hurting in the first place.

These pieces of advice of mine may be easier said than done, but trust me, we can get through this if we're just determined to do so.

Someday, somehow, I can finally look back at my shortcomings with ease, and that's an ultimate indication that I have already moved on fully from them.
By Nice Salcedo at 11:56:00 PM
Share:
Category: musings