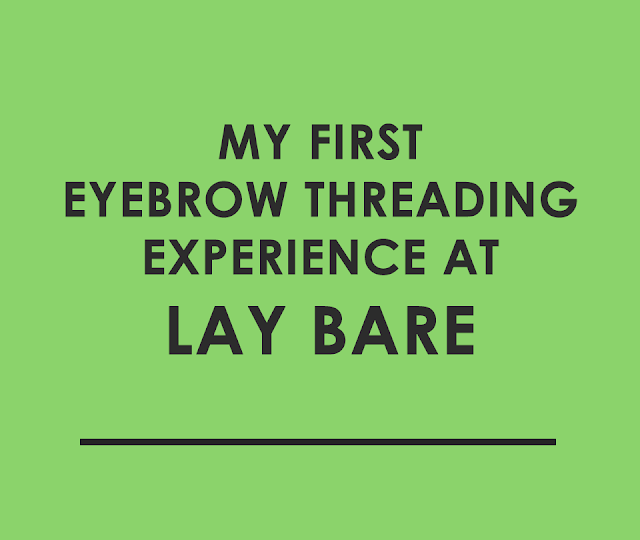 I am a very hairy person. It would've been okay if the hair isn't that thick, but it is. My hairy legs and underarms look like that of a guy's. I have thick and unruly eyebrows. I have a faint mustache above my lip. My bikini area is ...don't ask, but you get my point. I needed a reliable hair removal method. I resorted to shaving in the past, but it gave me cuts, boils, and dark underarms. I resorted to waxing myself, but I don't trust myself that much when it comes to it. 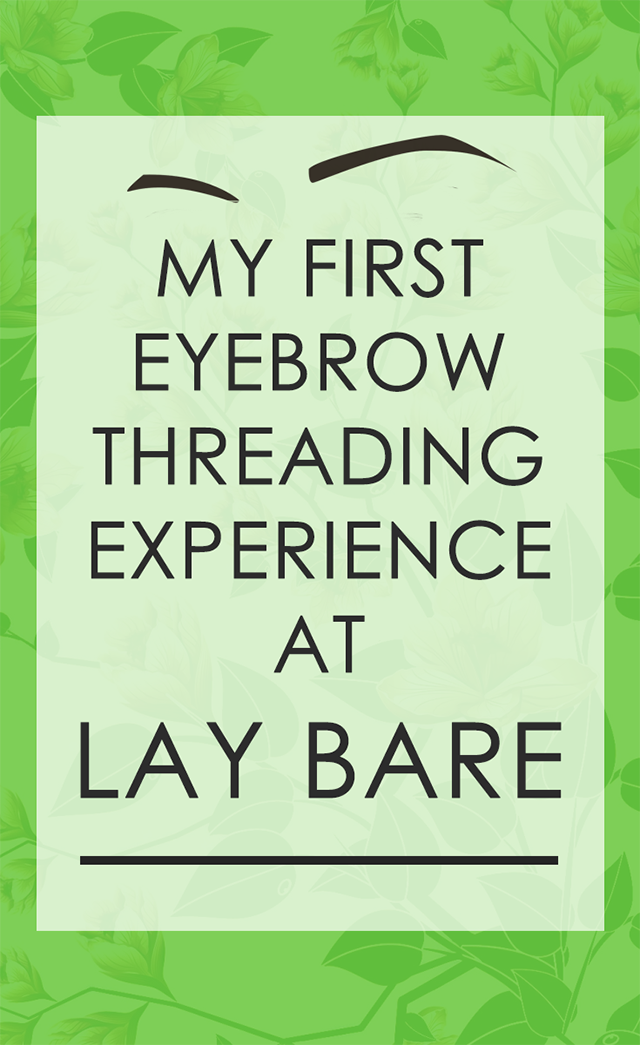 Lay Bare isn't exactly new here in Cagayan de Oro. I think the Lay Bare Ayala Centrio branch opened in 2013, but anyway, it wasn't until 2015 that I started to try their services. Since we can tell that Lay Bare is indeed profitable in this city, it had opened a new branch at Limketkai Center last September 2016, which is now the one I prefer these days because the wait is shorter here than the Ayala Centrio branch.

It could be because the Limketkai branch isn't that known yet, or they may have different rules that I don't know of, but anyway, since I don't like waiting for long hours, I like this branch better. Also, the reason why the Ayala Centrio has longer hours of waiting would be the fact that there are countless reservations for the day and these people who reserved are always being prioritized, so those who are walk-in customers end up having to wait. At Centrio, there were even times that I arrived at 10:30 am and ended up being accommodated at 11:30 am because of all the reservations and the walk-ins who arrived before me, worse is when they ask you to come back at a later time like 2 pm, whereas in Limketkai, even though I arrive at 12, I won't be waiting that long compared to Centrio. And oh, the Limketkai branch also has more cubicles.

Well, of course, I still had some waiting at Limketkai, but it's way less time than that of Ayala Centrio. Also, the waiting would depend as well on what service the person before you availed and the available staff to accommodate you, so waiting times would definitely vary.

When Lay Bare Ayala Centrio was the only branch in Cagayan de Oro, underarm waxing was the service that I availed at first, then leg waxing followed after. I haven't tried upper lip hair removal and Brazilian waxing yet, but I hope I'll get to try them soon if I could gather some guts once again.

Eyebrow threading is the latest service that I have tried last January of this year at the Lay Bare Limketkai branch. It was one of the dares I did to start the year, and well, I succeeded. Haha!

I have thought about threading my eyebrows for years now. I have even researched it well before even embarking on this entirely new experience. I have read reviews from other bloggers, wherein which there are some mixed feedback, but most of them are positive.

But then, after all these years of planning, why didn't I have the guts to experience eyebrow threading until just recently?

Well, what's holding me back is that I have heard how painful the process is. I have read about how the skin around the eyebrows would redden after threading, and how there could be side effects like bumps and pimples. They say that eyebrow threading isn't recommended for oily and acne-prone skin, and since I am aware that I do have an oily forehead, it became a drawback for me.

But then, what made me decide to finally try eyebrow threading?

Well, due to the fact that "eyebrows on fleek" became a trend recently and almost every decent woman I see has nice eyebrows, I became left behind. There were times that my eyebrows would be on fleek though, but only on special occasions when the makeup artist would shave off my eyebrows neatly for the event. Many also say that on fleek eyebrows enhance my beauty, which I kinda agree since I only seem to get compliments when I am all dolled up for an event. LOL. Also, I thought nice eyebrows would make me presentable to the clients I meet. I then thought, why not give it a try? Maybe the pain I fear that may come with the experience might be worth it.

So yes, without further ado, here is my first time experience with eyebrow threading at Lay Bare.

January 10, 2017, I arrived at Lay Bare Limketkai at around 12:45 pm. I was surprised that there wasn't anyone on queue, so I was accommodated almost immediately. I filled up the log book and the receipt, then I was led by a staff named Vern at the cubicle she's assigned in, which is the first one you see on the left side when you get in.

I was asked if it was my first time to get my eyebrows threaded, and I said yes. She then said that it will definitely hurt, but the pain is tolerable. Knowing that I am already there and there's no turning back, I have no choice but to push through even though I am now aware of the un-sugar-coated truth. Well, she's the approachable type though, so it was comfortable talking to her.

The eyebrow threading started then. As a side note, I like how the Lay Bare staff on both branches always make sure to let their clients know that they will start the process they'll be doing so it won't come as too much of a shock, and they would also make an effort to open conversations so as not to make things too awkward between them and the clients, so that's a thumbs-up for them.

Anyway, because of these, I wasn't too focused on the pain I felt while my eyebrows were being threaded, but I got to admit, it was really painful. My eyes let out some tears because of the pain. Maybe it was this painful for me because I never pluck my eyebrows. The feeling was also tingly as the thread glides through my eyebrows. During the process, I was worried that Vern might alter the shape of my eyebrows entirely by removing the upper part of my eyebrow since that's what I felt, but it wasn't the case after all. I have still retained my natural arch. Yay! Since I was flinching with pain and somewhat crying all throughout, I was again worried on how my eyebrows might turn out, but you know what? I really, really love the end product!

Here are some pictures. :D

So to wrap it up, here's what I can say: