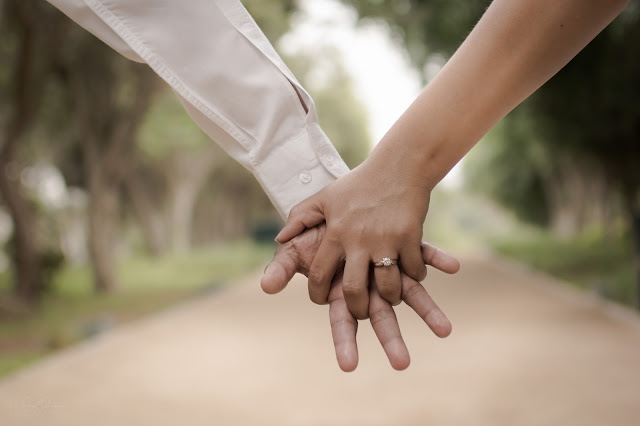 While I, a single person right here, just sits here in front of my laptop or my tablet, scrolling up and down through all these posts.

But I admit, sometimes I also kinda envy them, then I'd just think, I will have my time soon too.

Anyway, I know for a fact that behind those kilig moments and sweet nothings are countless fights, misunderstandings, arguments, and whatnot that could taint a relationship. Behind those conflicts are two persons trying to reflect on themselves and decide which one should put down his or her pride to apologize and get things over with. Behind these self-reflections thinking what could have gone wrong are some hours or days that could have been spent studying or enjoying some hobbies without problems to think about. Behind those hours or days are moments that you could've spent trying to improve yourself and having your own quality time instead of dwelling on the conflict you have with your bae or if not, that date you have with him or her which you can't move on from because of the fact that it gave you daydreams and hopes that you'll have more of it soon.

But then I wonder, why is it that despite all these disadvantages, people would still want to get into a relationship? Is it because they simply love the one they want to be together with? Is it because they'd be willing to endure everything just to live in harmony with their special someone? Is it because of love, that they don't mind everything else since what's important to them is the fact that they're with each other? Is it because that with loving each other, they think that it's them against the world, and nobody can stop them?

Couples and their cliched, seemingly delusional convictions. I just don't understand them, because I haven't really been in their shoes yet, I mean, not exactly, since I don't think I've ever been in love, though I've been with someone of the opposite sex, I've felt nothing but an annoyance as the relationship went on.  Why? Read on.

You see, for me, right now, being single is still much better than being in a relationship, and I learned that through experience. I remember when my guy "best friend" from 4 years ago always gets upset when I don't give him time, how he gives a fuss about what I wear, how he feels like we're already bf/gf where in fact we're not, how he becomes too possessive of me even though he does not have the right, how I'd have to deal with our conflicts, and how I'd have to deal with criticisms from others. I was so shallow in the past for liking him because of his aloofness, weirdness and the fact that his likes and dislikes are like my Dad's. But anyway, past is past, and I don't want history to repeat itself anymore.

I am not bitter because of what never was, but because of the fact that I could've chosen a better guy than him. Seems like he is my greatest mistake after all. Excuse me, but this is the most embarrassing memory I could think of as of now.

But you know, because of him, I learned to vow to myself that I should never engage in any relationships just yet, even Mutual Understandings since it will bring nothing but distractions. I also think it's because I've chosen the wrong person, but I guess I should condition myself to generalize so that I won't be tempted right now. I am already graduating, and I don't want to blame anyone for not reaching my Latin honor goal. I don't want it to be like before that I kinda blamed my guy best friend for almost not getting that Salutatorian rank. Never again.

From that experience, I knew for sure that I am far from ready when it comes to these kinds of things. I don't even enjoy doing chores yet. I am not yet wife material. Being kinda childish and immature is my comfort zone and I'm still there. No matter how these couples show off their lovey-dovey moments to me through these LCD screens on my gadgets, the conviction that I shouldn't be one of them just yet always prevails, because of the very fact that I am not ready and am still unworthy for this kind of responsibility.

Come to think of it, I am already very stressed even though I only have some family, friendship, and academic-related problems to ponder upon, how much more if I have a boyfriend to get mad at just because of a petty misunderstanding?
By Nice Salcedo at 10:49:00 PM
Share:
Category: musings